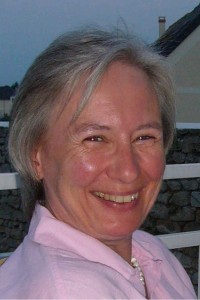 Born and brought up in Kent, Debbie spent her early work years in the insurance world. After coming to faith in 1977 she followed the call to train as a Deaconess and studied at Trinity College, Bristol. On completion of her studies in 1981 she married Jérôme and moved to France. Due to this move she was never licensed as a Deaconess and served happily as a member of St Peter’s, Chantilly and brought up three sons. She was ordained Deacon in 1994 and a move to Holy Trinity, Maisons-Laffitte led to ordination as Priest in 1997, the first on the continent of Europe in the Anglican Church. She has been Chaplain at Christ Church, Lille since 2007 and later that year she was made a Canon of the Pro-Cathedral in Brussels.

Debbie is also Dean for the northern area of the French Archdeaconry.

To continue using this site, please agree to the use of cookies. more information